Biafo & Hispar Glaciers have a total length of 126 km and are longest outside the Polar Regions. They meet at the 5150 meters Hispar Pass. This immense high way of ice and stones connects the antique kingdoms of Nagar Valley in the west and Askole, Baltistan (little Tibet) in the east. This route was extensively used to connect the Silk Route with the Indian Sub-continent, China, and Tibet.  Mr. H. W. Tilman an English trekker claimed in 1937 that he had seen the footprints of Yeti on the glacier. Glaciologists after conducting tests on the snow lake confirmed that the thickness of snow is one mile. Here one can observe the rare species of animals in abundances like snow Leopards, Himalayan Bears, Ibex, Markhor, and some times the Marco polo Sheep.

The name Snow Lake was given by Martin Conway in 1892, who has given a dramatic account of this place in his book ‘Climbing expeditions in the Karakoram - Himalayas’. Eric Shipton in 1937 had estimated the present size of Snow Lake which is 77 sq. km. Snow Lake is situated between two Glaciers the Biafo and Hisper Glacier. It ends in Hispar village, Nagar, further to Karimabad, the capital of Hunza.

Campsites by the side of the Biafo are situated off of the glacier, flanking to the sideways moraines and vertical mountain surfaces. The initial three surfaces are attractive spots with water flowing nearer to it. The first two campsites that are Mango and Namla are mostly enclosed with amazing flowers whereas Namla comprises an astounding waterfall that exists just near the camping area. While the third campsite that is Baintha is usually used as a rest day. Beautiful large green fields with few running streams exist just near the camp and numerous magnificent areas where one can spend its day rock climbing and rappelling. Even evidence of wildlife can be observed all the way through a hike. The most prominent animals that are found here are Ibex and Markhor mountain Goat and the area is also well-known for wild animals like brown bears and Snow Leopards although they are not that much seen. 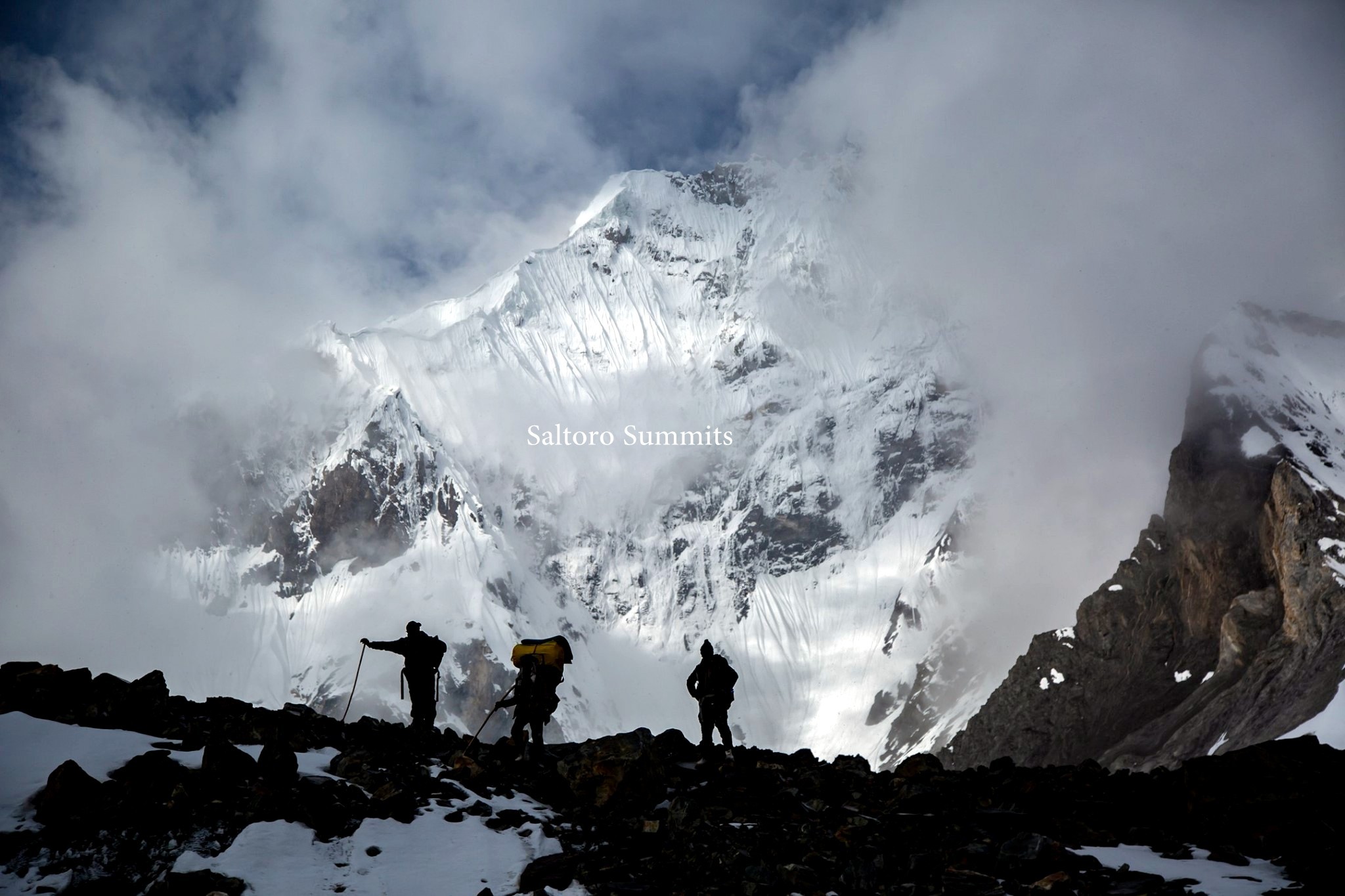