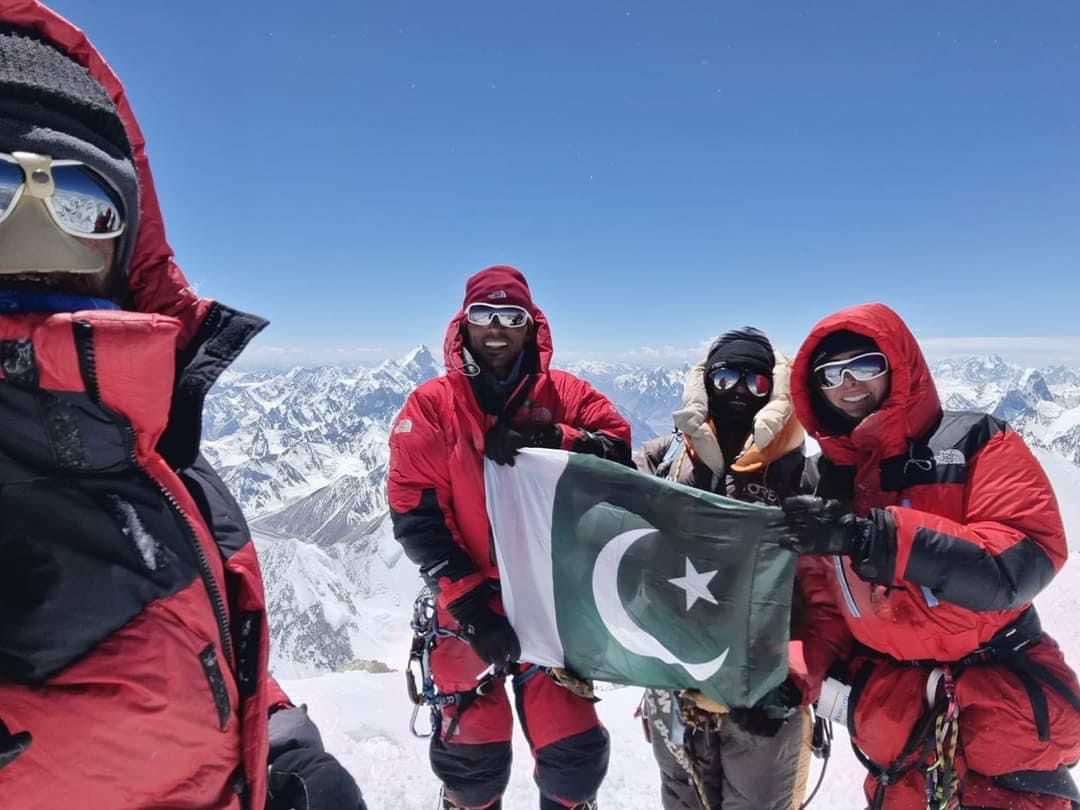 Congratulations to all Six Pakistani Mountaineers for the successful Summit Of #Gasherbrum I 8068m (Hidden Peak)!!
Today on 12/08/2022 six Pakistani climbers led by Sirbaz Khan with #NailaKiani  #Sheroze Kashif, Sajid Sadpara, Sohail Sakhi, and Imtiaz Sadpara Summited
Gasherbrum I, surveyed as K5 and also known as Hidden Peak, is the 11th highest mountain in the world at 8,068m. This peak remained hidden because it lies in one of the most difficult terrains which are surrounded by some of the highest peaks around.
Karrar Haidri
Secretary
Alpine Club of Pakistan